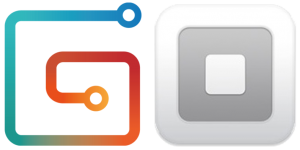 Two years ago, I wrote “Content delivery on a shoestring,” (which cemented my love for Baldur Bjarnason). A little before that, I wrote “Tools of my trade,” which is marginally relevant to this post.

But over the years I’ve been doing this (years…oh my bob, I can’t believe I can say that, “years”), I’ve experimented and watched things change and seen things go obsolete.

For instance, when there was no iBooks, I made The Proviso an app. Sadly, Apple rejected the app on the grounds of profanity, so I spent months (I don’t remember how many, exactly) of the app’s life fighting with them about it until it was accepted. It wasn’t too long after that that iBooks came along, which didn’t impress me a whole lot anyway. I decided having a book with Apple probably wasn’t worth the time or energy. (I still think that to some extent, if one doesn’t use a third-party distributor like Smashwords.)

Another change was that many of the formats in use when I started out are pretty much gone: LIT (Microsoft Reader), IMP (eBookWise), PDB (Palm).

And then there was the fact that self-publishing exploded. (I like to think I directly influenced two traditionally published authors to try their hand at it, but that is probably me stroking my own ego.)

What has NOT happened, though, is self-publishing authors selling their wares on their own websites in the manner of indie musicians. I’ll tell you now that it’s not a tragedy and there’s very little money to be made when Kindle et al are available. Customers want a one-stop-shopping experience and the Kindle’s value, as everyone knows, is its ubiquity and easy-button delivery system. No author in the world can replicate that from their website.

But you can get pretty damn close and in my opinion, it’s worth the effort just in case.

This is my stripped-down-nekkid method of conducting ecommerce:

With each iteration of my shopping cart, I’ve tried these:

and I’ve experimented with

and what I won’t touch with a 10-foot pole

and what lit up my world

Of the first four, Linklok is my hands-down favorite. I started out with it because I needed instant downloads for my needlework patterns, but I only had one format. When I got into selling ebooks and print books, though, I knew I wanted a drop-down menu, so I fiddled with Zen Cart and Os Commerce. They were far too tedious for someone with the patience of a hungry infant. Then I found and began using the WP e-commerce plugin, which broke every time I had to update WordPress and obliged me to re-enter all my products and suffer two malware attacks on my site because I didn’t want to update WordPress for obvious reasons. But dammit, I had my drop-down menu and I wanted to keep it!

But after the second attack and many wasted hours and money later, I threw in the towel, reinstalled Linklok, and made separate buttons. By this time, I only had four formats: print, EPUB, Kindle, and PDF. I soon dropped the print because I got tired of shipping books and having a disproportionate number of them go missing.

Then one day, Jane Litte of Dear Author put out a Twitter call for someone to run an experiment with her involving a thing called Gumroad and its ease of use for a mobile consumer. I happened to see her tweet and volunteered for the project. I think it shocked both of us how incredibly easy it was from start to finish, on the merchant and consumer side. I talked to the founder of Gumroad a couple of nights later and was very heartened by what I heard. Whenever I had a free minute, I gradually switched all my downloadable products to Gumroad. (As mentioned, I had stopped selling print copies from my site, but you can also sell physical products.)

I have, since, put two of my clients (one nonprofit and one corporation) on Gumroad, both of whom love it. It’s the easy-button of shopping carts. Set it and forget it.

GUMROAD. Gumroad is both the delivery system and the payment processor for your stuff, nobody else involved (unless you want it to be). For those authors and companies who have no need to sell services like I do, Gumroad will be sufficient. But! Since I do sell custom services, I have to have something extra, and for the longest time the only thing I had was…

PAYPAL. We all know some or most or all of the issues involved with using Paypal. I use it because it was there when nothing else was, it’s the largest, with the most users. People either trust it or use it because they have to. I have long wanted to get away from Paypal but had no attractive alternatives, and thus, Paypal could screw me over with impunity. And they did here and there. And ranting about it on the internet is ineffective.

SQUARE. Then in 2011, I was invited to be a panelist at the Sunstone Symposium because of Magdalene, and they told me to bring books. I had to have a way to sell them via credit card. My partner Eric suggested SquareUp, which was, at that time, still a bit unknown. It was perfect. It worked beautifully…for print books. Ebooks not so much, but I considered it unreasonable to expect it from them considering their reason for existence, and found a workaround solution that actually worked (even if it was a bit clunky).

Since, I’ve used Square as my payment processor for my services. It’s worked marvelously for the past 18 months. So marvelously, in fact, I have been nudging my clients in the direction of paying by credit card or check (yes, a paper check) in an attempt to get away from Paypal completely. I found it funny that Paypal just introduced their own little credit card swiper thingie, a full year after I was already using Square. Really. What took ’em so long? Didn’t matter, though, because I wasn’t going to use that. The point was to get away from Paypal. So my revenue via Square has been growing and my revenue via Paypal has been decreasing. So increasing, as a matter of fact, that yesterday’s transaction hit a snafu.

Thus it was that today Square and I had to have a come-to-Jesus meeting. I’ll write about that tomorrow, but the spoiler is that it’s all turned out dandy and these posts are meant, in part, to sing their praises some more.

Authors who don’t sell anything in person or hire out services: Use Gumroad.
Authors who sell physical goods out in the wild: Use Square.
Consultants like me: Use Square.

Tomorrow, the snafu and what you need to know when using Square.