You are here: Home › Special Projects

In late 2007, I was working on a project other than stitching and solicited Suzy’s opinion. For my birthday, she sent me the most gorgeous doll she’s made yet, based upon a character I created: 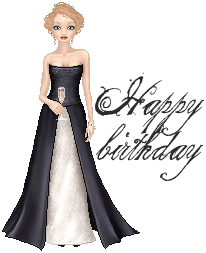 So in case you’re wondering, yes, I’m going to chart it. No, I’m not going to offer it for sale. This one’s for me, but I will post WIP progress pictures.

In 1998 or thereabouts, I met a fantasy artist at the Kansas City Renaissance Festival. I was immediately taken with her art and asked her if she wanted to be “charted” for counted cross stitch, and I explained what that was. She said yes and gave me a print as prepayment (which is its own irony). I went home and promptly began to work on one of her pieces. However, the software I had at the time and my lack of skill/training to make a good chart made it nearly impossible.

I must have charted and re-charted that piece 20 times. I started stitching it 4 or 5 times and finally gave up in frustration because I could not create a good combination of “fun to stitch” and quality representation of her artwork. I emailed her and told her of this brick wall I had run into, but for whatever reason, I never heard back from her.

I have always felt that I was not as honorable as I could have been in following up with her and making sure that she understood where I was with it. All these years, the partially stitched canvases sat folded in my cabinet, reminding me of my inability to accomplish this task, and alas, I no longer have the print. This has always been a blemish on my conscience.

In 2006, I finally realized a dream of mine that began with my asking her if she wanted to be charted. I bought good software and learned how to use it. I learned that I was supposed to pay the artist for the right to chart the art and have done so faithfully. I also charted my own designs and am selling them (as you all know).

Charting previously existing artwork is a very difficult, time-consuming, and painstaking task which I didn’t understand in 1998. I grossly underestimated the time and effort it would take. It isn’t as simple as running the art through the program. It requires making the chart fun to stitch and keeping the integrity of the artwork intact. Now that I know better, I spend hundreds of hours refining a chart before I even begin to stitch and then I (or another skilled stitcher) spend hundreds of hours stitching to further refine (usually quite drastically) the final work and the chart.

So, with a few things under my belt, I felt emboldened to tackle this piece of hers again after so many years. I had kept the graphic file in the expectation I would return to it after I had learned what I needed to know, and I took an entirely different approach than I had before.

I hope that Ms. Thomas can forgive me for not following through on my end of our bargain.

I want to thank Cheryl Flanders for doing such a magical job with the stitching and Lori Armold of Enchanted Fabrics for the beautiful hand-dyed fabric it was stitched on.

All images on this page are an interpretation of the intellectual property of Nene Thomas. Faery Ring direct link. Nene’s Terms of Use.